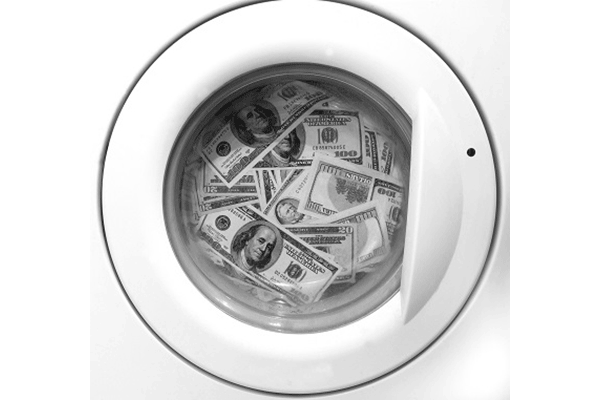 Despite the digital currency’s reputation connected with criminal activities, bitcoin is hardly a proper tool for money laundring nowadays. Even Jeffrey Robinson, the author of 1990s classical book on money laundring, states this. Bitcoin is too small for money laundring: “… when it comes to transforming dirty money into apparently legal income… which is the function of all money laundering processes… it simply stinks.”

Notwithstanding, Robinson advocates financial regulation for Bitcoin, because the blockchain is not as transparent as the “bitcoin faithful” would have the world believe, it is fit and proper that money laundering regulations be used to oversee all bitcoin transactions in an effort to limit its use in criminal finance.

Jeffrey Robinson has been described by the British Bankers’ Association as “the world’s leading financial crime author”. Robinson wrote his 1995 investigative tour de force, The Laundrymen, in which he uncovered the true extent of global money laundering. The book reveals how hundreds of billions of dirty dollars are derived mainly from the drug trade, then reinvested throughout the world by otherwise legitimate businessmen, lawyers, accountants and bankers. Considered the definitive book on the subject, and now used in universities and law schools as a text, Business Week described it as “an indictment of governments and banks”.

In 1998, Robinson published a sequel to The Laundrymen, titled The Merger - How Organized Crime is Taking Over The World. In it, Robinson described the disturbing lengths that transnational organized criminals go in order to build multi-national corporations; explained why organized crime is the major beneficiary of globalization; and claimed that transnational organized criminals have become the most powerful special interest group on the planet. Five years later he published another book in this series: The Sink, about crime, terrorism and dirty money.

Robinsons other non-fiction titles include: The Risk Takers (his first UK best seller) which highlighted the high-fliers of City finance, recounting their tales of money, ego and power; The Minus Millionaires, a sequel to The Risk Takers, in which he wrote about ‘risk takers’ who had lost fortunes; The End of the American Century, for which Robinson gained access to secret archives in the former Soviet Union to reveal hidden agendas of the Cold War; The Hotel, stories gathered over five months as a fly on the wall in what is, arguably, the best hotel in the world; The Manipulators - A Conspiracy to Make Us Buy, exposing the marketing world’s “hidden persuaders” 40 years after Vance Packard; and Prescription Games, an insider’s view of the global pharmaceutical industry, where science and marketing are deliberately kept apart and where, all too often, profit dictates who lives and who dies.